If you haven’t seen the brutal yet underground documentary “Death Row Dogs”on Netflix yet, i suggest you take a peep to catch just an edited glimpse of the UK’s dog death row situation. The documentary focuses on those dogs who have been reported as “dangerous” to police and are seized for genetic and behavioural testing.

In the UK, should a neighbour or family spat turn sour, no longer is it just the social services being falsely called with reports of addresses to inspect; now your Staffy could be reported for being dangerous or suspected “pit type”. The police must respond to every report, and the manner in which they respond is truly quite horrific and needs some serious revision. Picture a team of 5-10 officers dressed in full riot gear bursting through your front door 10pm at night, shouting, brandishing shields and acting like they’re searching for Osama Bin Laden. You’re dog is separated from you, barking in fear trying to protect you and itself, as they corner it, catch pole in hand. Looped and tightened, you watch screaming in protest as they drag your poor dog down the stairs, out the front and into a dog van where they slam the door shut as if your loving family pet is an alligator.

Where is your dog going? To a concrete kennel block to be kept in isolation for “observation” and DNA testing to determine what percentage is Pit Bull and whether your dog is friendly or not… Disorientated, confused, defensive and with negative connections to these people manhandling them, being kept in quarantine with minimal human contact; what chance does any dog have of passing the test? How would you be affected after 6 months in isolation; could you interact normally? Even if your dog passes this emotional and mental mountain, should it be more than 20% pit bull DNA, it will be euthanised any way. Because of it’s breed. Nothing else.
What world are we living in where a country calls itself an “Animal Loving Nation” yet turn the other cheek to such a horrific system that puts healthy and happy dogs to sleep simply because of their type, or in human terms; race? The UK classes itself as having the best animal rights legislation’s in the world, yet we allow the system to try our canine family members in court because of their heritage, this would be the same as determining without any biological proof that all white people are criminals because of their skin.

This is without even beginning to talk about the pound dogs who have their 7 days to be claimed and removed from kennels by their owners after paying a release (“boarding”) cost. 18 Dogs are euthanised in the UK every day just in the county pounds… yet people continue to breed and buy puppies…

Support our work pulling dogs from UK death-rows, rehabilitating and rehoming them via online donation through PayPal “Friends & Family” to: broken-soulsrescue@outlook.com or visit http://www.broken-souls-rescue.org.

Thank You for your support. 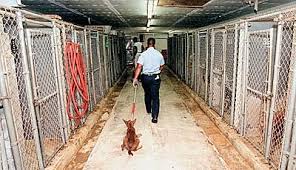