This is a fact not an opinion and before a mob chase me down with pitch forks i completely appreciate that the amount of dogs abroad facing life on the streets or in a “shelter” (where the conditions are often more appalling than the streets themselves) is significantly larger than here in the UK. I cry at every YouTube or The Dodo video i come across that is showcasing an extreme case that breaks my heart as much as the dogs in our own rescue. 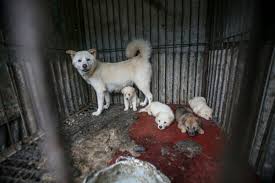 So why are all these dog lovers and rescuers kicking up a fuss about dogs being rescued from abroad and coming into the UK?

Well for starters in 2016 the average amount of dogs put to sleep every day in the UK was 18, hence #18DogsADayUK, now in 2017 that average is 19 per day. 19 dogs being needlessly euthanised on a daily basis because there are no available rescue spaces, adoptive families or responsible owners. UK rescues are scrambling for foster families and kennel space as it, so surely it is irresponsible for us as a country to begin committing ourselves to saving the lives of dogs from abroad when almost 20 dogs here in the UK already are still being killed everyday?

However, this can and usually does, lead to a lengthy, volatile and deeply political debate that takes tangents like a firework and leaves a group of once-friends-dog-rescuers in an angry-no-longer-speaking-dispute. So a reason we can all agree on: the spread of disease. In the last 2 years the UK has seen a significant increase in reported fatal canine diseases such as Parvovirus and the newly arrived CRGV aka. Alabama Rot. The dogs from abroad are rarely vaccinated, do not go through proper quarantining and many become sick during travel. They then immediately join their new foster or adopting family who unknowingly spread the disease like wildfire. 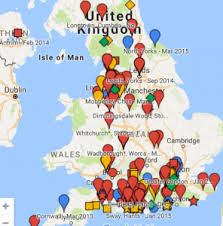 An often overlooked factor is the lack of Home Checks for the adoptive families taking on these dogs. To adopt a dog from abroad with an extreme story of abuse or neglect has become somewhat of a strange fashion for social media posting and general attention seekers. The fees to adopt from abroad are often triple those of the UK rescues due to transport fees, however, there are many who ship the animals en mass and raise the funds online for transport making adoption fees much lower. This attracts an unsavoury type of adopter who may take dogs on for puppy farming, dog fighting and bait dogs. It also means any well meaning but utterly clueless family can adopt any dog without even meeting first and having no option but to take their new friend home from the airport with them.

Last but not least, these dogs often arrive into the country with behavioral issues that may not have been fully or even remotely disclosed to the unwitting but charitable family. 100’s of these dogs are now being seen being sold online or given away for free, or more often that not, end up in the UK pounds and rescues. They have no “rescue back up” (or RBU to those in the biz), so when the family can no longer cope with the dog; there is no team of staff to support with training or finding a new foster or adoptive home. The already swamped rescue system in the UK is involuntarily taking on an international animal rescue crisis. 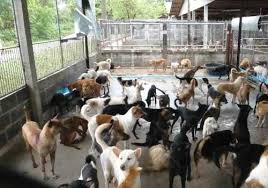 Now of course there are good international rescues that usually have their team here in the UK, ready and on call to support fosters, home check adopters and ensure things run properly with correct isolation and vaccination procedures. These guys are doing an amazing job and with them i have no qualms.